If you are thinking of working on your conversion optimization and landing page optimization, understanding UX design is essential. As you know, we write a lot about the user, the single visitor that arrives on your site or landing page and needs to be triggered and helped around. UX design helps make sure that during this process the most important person isn’t left out of the mix: The user.

What is UX Design?

UX Design can be defined in several different ways, but in the simplest form it understanding what people do and then designing a way to make it better. The goal is to first clearly define the user and meet their measure of success (in concert with the organizational or client goals).

User Experience Design enhances customer satisfaction and loyalty by improving usability, ease of use, and pleasure provided by the interaction between the customer and the product.

What Does A User Experience Designer Actually Do?

Like many roles in an organization there is no typical day for a UX designer, however there is a set of tools and techniques that a UX designer can rely on during various stages of a project.

A wireframe is a rough guide for the layout of a website, software interface, or app. This is the deliverable that is most often attributed to a UX Designer. This used to be done as a series of static images, however today there are many tools that UX Designers can use, which we’ll touch on in more detail later in the guide.

These tools make it fairly straightforward to turn a wireframe into an interactive prototype without writing a single line of code.

Since UX Design is all about the user, getting users involved in the process is key to successful design. Sitting users in front of your website or app and asking them to perform a series of pre-planned tasks while they think out loud is the most common type of user testing.

Who and how many test participants you involve, how closely your participants match your actual users, how many tests you run, and the tasks you ask them to perform are shaped by budget, time constraints, and learning objectives.

A persona is an identify that reflects one or more of the user groups you are designing for. A particular project may have one single persona, or several personas that you are trying to design for.

Personas should be informed by researching the target user for your product, website, or app. A persona defines the use case and needs to be developed by conducting interviews, surveys, user testing, user research, and other activities.

A scenario is a narrative that describes a day in the life of your personas, particularly in relation to how they use your website or app in their daily life. Sometimes these may also be considered a usage case. Sometimes a storyboard may be necessary to provide more of a visual representation of how a user interacts with a product.

Getting Started With UX Design

In order to decide how best to tackle your entry into UX design you need to establish a baseline. By understanding where your skills are now you can begin to chart where you want to go. There are several different approaches to performing a self-assessment, we really like Elizabeth Bacon’s model for looking at the big picture of user experience.

Understand, define, and communicate a vast range of fields. You do not need to be an expert in each area above for conversion optimization, but having awareness will allow you to progress to operating at a big picture, strategic level.

Read, watch, and listen to everything you can get your hands on. There are a ton of great resources either in book form or in online courses. Below is a list of books and online courses to get you started:
UX Books:

3. Get the right tools

While UX Design is more about working with people, having a few tools in your toolbox won’t hurt. As described earlier there area two tasked that are major aspects of UX Design: wireframes and user testing. Both of these require software to do it properly.

There are many other tools out there, and for a fairly comprehensive list check out 100+ Awesome Tools for UX Designers.

Once you’ve read up on UX, taken a few courses, and played around with some tools, it’s time to put your newly found UX skills to work.  This may mean helping out a friend’s small business, a local non-profit, or tackling a personal project. Most importantly, it’s about getting some experience within your own product, testing different elements and applying it to your conversion optimization efforts.

Asking the right questions and using people’s knowledge is key to understanding UX design better. Surrounding yourself with more experienced people in your circle is a great way to get more ideas and learn from others mistakes and success.

There is no perfect path to embarking on designing a new Web flow or site, but following this guide should provide the proper framework to get you started.

What other advice would you give to people who are starting to work on UX design? 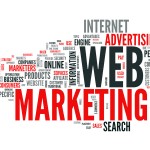 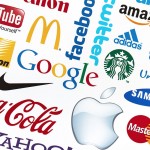